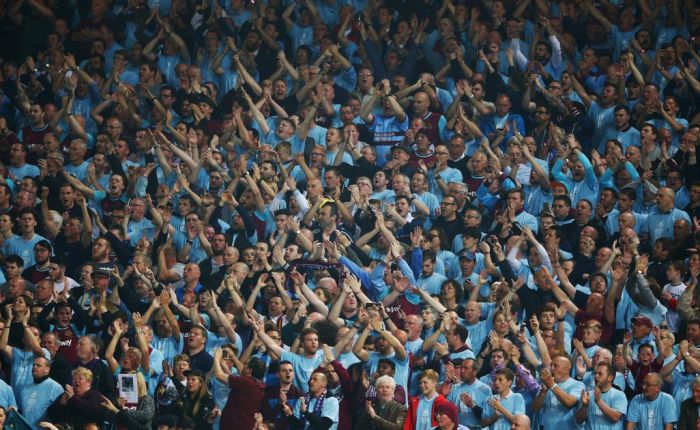 Football club songs can be a strange concept.

Frequently they are overlooked, particularly in their significance to their respective clubs’ identity. As fans witness the recurring cycle of managers – and owners too – come and go, over time they tend to develop opinions and preconceptions over their fellow clubs, often based on recent media activity, style of football, or managerial appointments that embody regime.

It can change in a short space of time too. The Manchester United we all knew – loved, feared, detested or respected, whatever it may be – from nearly a decade ago, is simply not the same model now. It is quite a while since we have heard “Glory Glory Man Utd” reverberated around Old Trafford with the same gusto since their last title win, in 2013, as they resoundingly bid farewell to their own – and the Premier League’s greatest manager – Sir Alex Ferguson.

For a club’s football anthem, it is the underlying emblem, from a fan’s perspective, to verbatim assert their undying support to their team.

In respect to some clubs, however, a song not only reflects their ethos and values, but shapes and somewhat bizarrely, fates it. To no English club does this fittingly apply to than of West Ham United.

Anyone who is accustomed to the viewing delights of the claret and blue, self-professed 1966 World Cup-winning, long-afflicted outfit from East London will be well-versed to “I’m Forever Blowing Bubbles” ringing out at the London Stadium – or the much beloved Upton Park previously – routinely three minutes before every kick off, but it is easy to overlook the lyrical significance of this grand old melody.

Originating back to New York’s Tin Pan Alley era, Bubbles was first debuted in the Broadway revue production “The Passing Show of 1918” and subsequently became popular in British music halls of the 1920’s.

West Ham United’s official account of how the tune became adopted by the Upton Park crowd is just as endearing as the anthem itself.

The story goes that a 1920s schoolboy footballer Will Murray was nicknamed ‘Bubbles’ due to his resemblance to a character in a well-known painting used to advertise Pears’ Soap. Accordingly, during a schools match at West Ham’s Boleyn Ground, Murray’s headmaster serenaded his pupil with I’m Forever Blowing Bubbles, prompting other spectators joined in.

Thereafter, The Upton Park faithful adopted it as their own, and although the first recorded instance of West Ham fans singing Bubbles isn’t until the 1940 Football League War League Cup Final at Wembley, it soon became a renowned melody defining the East London spirit. Indeed, the song was often sung in air raid and underground shelters during the Blitz, cementing itself as a proclamation of positivity in times of adversity.

Various recordings were made of the tune throughout the second half of the 20th century; from notable names too, including Doris Day, Vera Lynn, The Kaye Sisters, and not forgetting that distinct punk-sounding version by East London’s very own Cockney Rejects – whose timing of release fittingly coincided in May 1980 with their last FA Cup triumph.

To merely listen to Bubbles semi-consciously renders the anthem somewhat inane and simple, albeit admirably optimistic.

But to the understand the deeper significance Bubbles, not least given the context of the club’s prolonged starvation of honours – West Ham’s last major trophy was that 1980 FA Cup win over Arsenal, which was followed by promotion from the second division a year later, in which time since the club have been relegated and promoted on four different occasions – and you cannot help but feel a palpable tinge of sadness and regret from the lyrics given the unrelenting suffering and lack of glory.

While other football anthems like “You’ll Never Walk Alone” have that emotionally uplifting, romanticised and collective narrative that looks to the future, Bubbles is virtually the antithesis. “Then like my dreams they fade and die. Fortunes Always Hiding, I’ve looked everywhere”. It oozes melancholia and transmits a kind of wistful feeling that almost celebrates the notion that, in life, you don’t always win, and you will have those days when it feels that you just aren’t nearing your goal at the end of the road.

Curiously, one angle that illustrates the implied essence of Bubbles is how the song is described in affectionate terms by figures outside the football world. In a 2014 Late Night with Seth Meyers interview, British film star Keira Knightley was quizzed about her unlikely allegiance to the club: “I just have to say about West Ham- they are not a team that win very often…you have this song that all the fans sing but the problem with it is that the song is actually really sad. The song is about not winning. The song is in fact about your dreams fading and dying the whole time, so it’s sort of not really a surprise that we lose all the time when we have this song”.

The female Hollywood star is plainly suggesting that maybe this has been West Ham United’s problem all along. Beyond all the historical narratives about them being a selling club before the Sullivan-Gold-Brady triumvirate walked in the door – or even irrelevant to their turbulent, self-parodying reign that, since their move from the Boleyn Ground to the former Olympic Stadium, has manifested the club into a toxic, polarised entity. Is it at all possible to contemplate that underneath all the complex, plot-thickening soap operas over time they have essentially been cursed by their own song?

It is certainly worth considering. Nevertheless, they are a proud club, and with good reason. Many West Ham supporters will tell you it was not the footballing prestige that enticed them into being a fan of the club. It was rather the heritage, passion and soul- something Upton Park was, and Bubbles still is, a huge part of – and entails the tormenting beauty of supporting West Ham United football club.