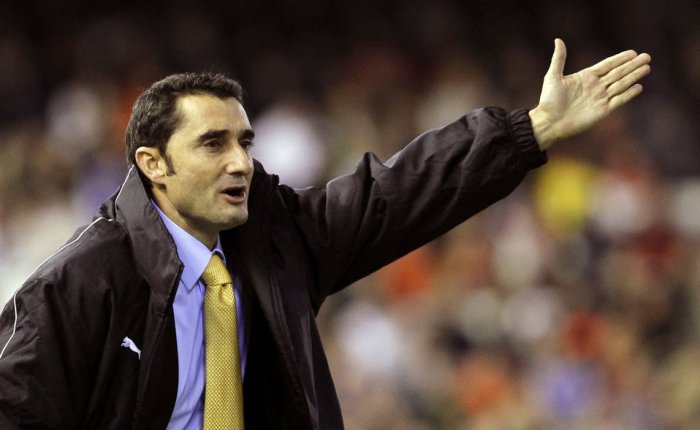 On the evening after Barcelona’s 6-1 hammering of Sporting Gijon came the announcement that many quarters of the Spanish media were expecting to be made from the Catalan club (admittedly closer to the season end) that manager Luis Enrique would be leaving his post at the end of the season.

As unusual as it is to broadcast a decision of this nature after such a resounding victory, it must be said that after the 4-0 first-leg away reverse in the Champions League to PSG and continuous conflicts with the local Spanish press, many felt this announcement would only be a matter of time.

Despite this first-leg battering, Barcelona produced one of the most spectacular comebacks ever seen in European Cup history overturning the four goal deficit to beat PSG 6-1 in Catalonia with three goals scored in the last five minutes of the game in the most dramatic of circumstances.

Away from the CL, the season is far from over for Enrique’s men. Still in the title race (leading Real Madrid by one point who have a game in hand), with a Copa Del Rey final against Alaves to contend, the former Barcelona midfielder has a chance to end his managerial stint with the Catalonians with a treble.

Having pointed to one of the identical personal reasons for his departure as his predecessor Pep Guardiola citing weariness and mental fatigue after three seasons in the role, it is debated as to which personality that will have the stomach and endurance for this pressured managerial position. The following 4 names are being touted as the most likely replacements:

One of the early favourites for the job. Valverde has been in charge of Athletic Bilbao since 2013 and has since led them to Champions League qualification, a Spanish Super Cup victory over Barcelona and a Copa Del Rey final.

A diplomatic character who has played for Barcelona in his career for two seasons and who will not be afraid to make important squad decisions to reinvigorate an ageing Barcelona team.

In addition to his achievements at Bilbao, his side became known for an intense pressing game, much akin to that of Mauricio Pochettino’s current model at Tottenham Hotpsur. However, his record at the clubs he has coached (particularly Bilbao and Olympiakos) also implies he brings a stout defensive resoluteness to sides.   At Bilbao, a team that had conceded 65 goals in La Liga under previous coach Marcelo Bielsa, let in only 39 under Valverde – going from 12th to 4th in the process.

In Greece, Valverde delivered three titles at Olympiakos over three seasons, with an attacking possession-based philosophy that produced a 68% and 75% win rate in his two spells respectively, signifying the level of dominance Olympiakos enjoyed under Valverde.

A well-rounded, calm and collective individual whose excellent media-relationship skills makes him the typical “Barcelona fit” required to occupy the hot-seat and be the front-facing figure at a club surrounded by such complex internal politics within the hierarchy.

Likelihood of a Barcelona approach- 8/10

Since joining Sevilla last summer, Jorge Sampaoli has impressed with the 2016 Europa League Champions, particularly improving their domestic performance in La Liga, so much so that they are competing with La Liga giants Real Madrid and Barcelona in a three-horse title-race (Sevilla currently sit 4 points off leaders Barcelona).

He made his name with the Chilean national team, famously claiming a Copa America title in 2015.

The frenetic, bold and attacking style seen at the Ramon Sanchez Pizjuan this season has won the hearts of many a football neutral this year and will no doubt result in many Barcelona fans calling for the Argentine to make the move across Spain to take their club forward to future glories.

The Barcelona tradition of appointing managers either from within their internal coaching structure or previous players may work against the possibility of an approach as the Sampaoli fits neither category, having had no previous association with the club in his career to date.

An outspoken and passionate individual, whether or not he will fit the mould of FC Barcelona can only be decided by the boardroom.

Likelihood of a Barcelona approach- 7/10

Having played for the club for over six years between 1989 and 1995 and with an impressive managerial CV, the Dutchman will inevitably be linked with a hot-seat vacancy at the Camp Nou.

Having managed at a host of renowned and esteemed European clubs in his seventeen-year managerial career including PSV, Ajax, Valencia and Benfica, the Dutchman would bring a wealth of experience to Barcelona.

Two successful spells at his first English Premier League club Southampton resulted in a 7th and 6th league table finish, both in campaigns where he had to contend with the sales of many of his star players from the club.

Having signed a three-year deal with Everton last summer, Barcelona would be forced to pay a substantial compensation package to the Merseyside club for Koeman.

Many feel however that it may prove too great a step up at this moment in time; particularly as many in Spain remember his unsuccessful spell at Valencia in a campaign where his side plummeted to 15th in La Liga and had finished bottom of their Champions League by the time the Dutchman was dismissed.

Likelihood of a Barcelona approach- 5/10

The current Tottenham Hotspur manager is a dark-horse in the running. Having transformed the North London club into a title-chasing outfit has been no mean feat.

With a strong ideology for an intense, high-pressing attacking style, many would argue that the Argentine would be an excellent fit at Barcelona.

However, repeated failures to progress to advanced rounds in European competitions has cast doubt over the psychological toughness of his side and one may feel this may be a jump too steep too early in Pochettino’s career.

Likelihood of a Barcelona approach- 5/10