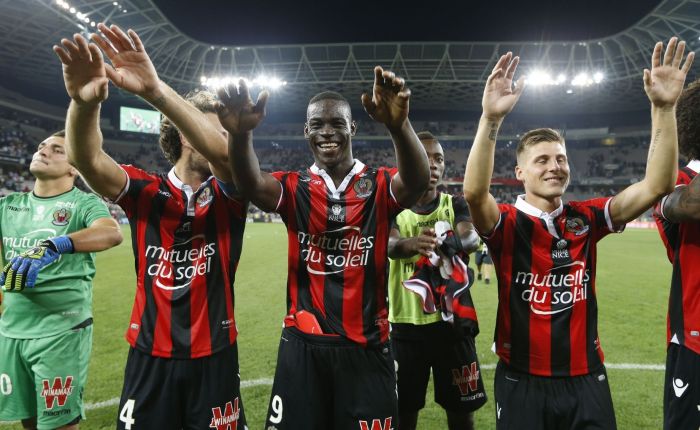 While Ligue 1 champions Paris Saint-Germain are experiencing an uncomfortable start to the season under new coach Unai Emery, OGC Nice are startling many critics in this campaign with their table-topping form. Despite having lost many crucial players in the summer, individual replacements with points to prove and careers to rebuild are one of the many factors in the early-season success for the Côte d’Azur side.

Having lost manager Claude Puel to Southampton, former Borussia Monchengladbach manager Lucien Favre reportedly turned down approaches for fellow Ligue 1 title contenders Marseille, Lyon and Lille and was pulled to the club by Nice’s exciting youth prospects. One of Favre’s most telling influences to the squad to date is the style transformation; turning Nice from a possession-based side into a lethal counter-attacking team modelled on the Leicester City (Jamie Vardy inspired) of 2015/2016.

Is it that simple? He has also significantly stabilised the defence with the shrewd but modest signings of left back Dalbert (a measly £2m from Vitoria Guimaraes) and the experienced centre-back Dante from Wolfsburg. The sudden introduction of 17-year old centre-back Malang Sarr is by far the most extraordinary emergence under Favre’s leadership. The French youth product has played every one of his side’s games this season, displaying mature defensive qualities with his reading of the game proving faultless to date and in fact even scored on his debut. Consequently, Nice currently boast the best defensive record in the league.

The re-emergence of the much maligned Mario Balotelli is another key factor in Nice’s early season dominance. A signing that caught much publicity and was widely labelled as a huge risk for Claude Favre’s side, has proven a huge success with the French supporters privileged to support a reinvigorated, potent, hungrier and more focused Balotelli than the volatile “bad boy” many have witnessed in past seasons in Italy and England. Five goals in just three league appearances including braces against Marseille and Monaco has ensured the best possible start to his relationship with Les Aiglons supporters. They will be hoping that the remainder of the season will prove that Mario Balotelli is a fully matured character, a team player entering the peak of his career playing and scoring goals on a consistent basis.

Wylan Cyprien and Younes Belhanda are further examples of the club’s wise summer investments. Cyprien, a £5m signing from Lens; aged only 21 years old has been one of the unsung heroes of the first team, proving one of the standout performers in the 4-0 victory over Monaco in the Azurean Derby. The summer sale of Hatem Ben Arfa to PSG left a major creative outlet role which has been impressively snapped up by the lively Younes Belhanda, the Moroccan international midfielder on loan from Dynamo Kiev.

In recent years, Les Aiglons have become a club managed impeccably from the top down. If star players have expressed a desire to move to wealthier or grander clubs, Nice are not a club to stand in a player’s way. Their youth system and scouting network is that fruitful and self-sufficient.

With the stark comparison to the staggering £600-700 million it has cost to assemble the respective squads at wealthy outfits like PSG and Monaco, OGC Nice are a side surpassing all expectations topping Ligue 1 with a squad valued as low as £40m.

If Lucien Favre keeps his players focused, motivated and prevents any complacency sneaking into the ranks, Nice will be strong contenders for another top four finish as the very minimum expectation. Fearless youthful energy throughout the side, defensive organisation blended with experience and Mario Balotelli leading the forward-line charge (rebuilding his career and attempting to force his way back in the Italian national team)- just watch this space in Ligue 1.